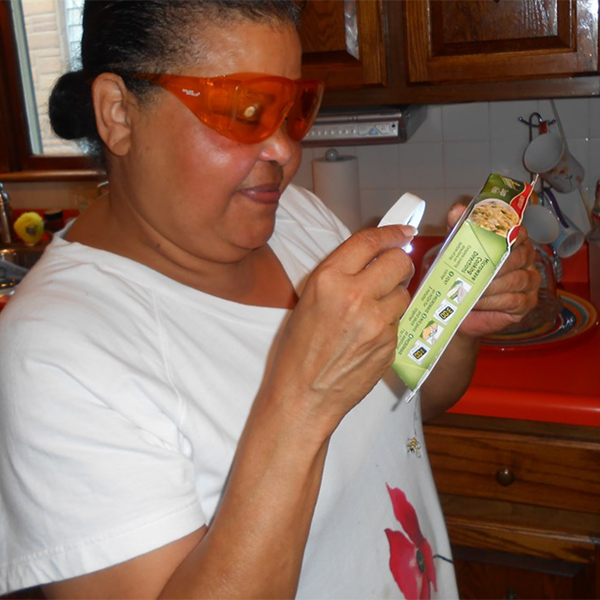 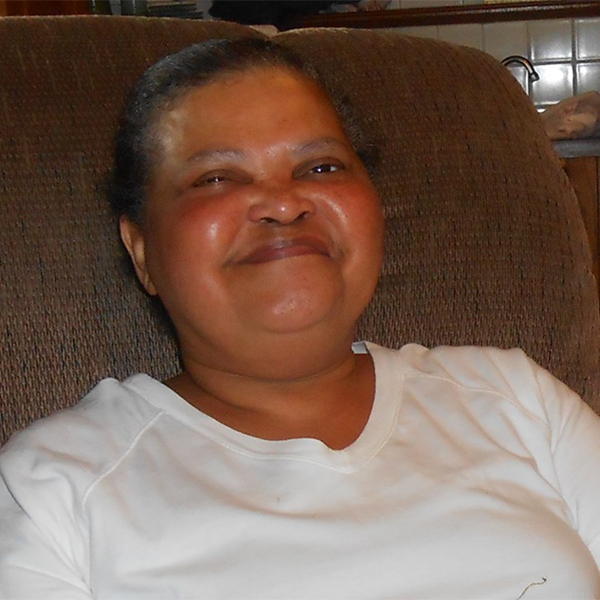 Angela is a 60-year-old woman, who started having difficulty with her vision due to uveitis, which resulted in a prosthetic left eye. When her right eye starting losing vision, her Ophthalmologist, Dr. Roland Sabates, suggested she come to Alphapointe when she started having difficulty functioning. Angela wasn’t ready to admit her difficulties and did not make the call. Early in 2013, she was at another doctor’s appointment and saw a woman with a cane. She was impressed with how well the woman navigated and seemed to have no difficulty despite her vision loss. She complimented the woman on how well she was doing, and voiced her own difficulties with vision loss. The woman simply replied, “You need to go to Alphapointe. They taught me everything and will help you.” After hearing those words from a stranger, Angela decided it was time to call Alphapointe.

At our Low Vision Clinic, Angela mentioned she had difficulty reading her mail, paying her bills, reading food labels, setting her appliances, eating, watching television and using her computer. She received a new bright yellow tint on her glasses which has been very helpful reducing glare and increasing contrast. Angela was trained to use a 8x hand-held magnifier to spot read her mail, bills and frozen food labels while wearing glasses. She learned to use a check writing guide to complete her checks and a way to get large print checks from her bank. Angela learned eating techniques that gave her more confidence and independence. Her appliances were also labeled giving her independence and peace of mind knowing she set them correctly. She has been instructed in how to use the built-in magnifier with her computer, which has allowed her to connect back into her e-mail, social media, and using the internet.

Angela is “forever grateful for the stranger who finally made her realize that Alphapointe is where she needed to go”. It is very important to her to continue to live independently despite her vision loss, and this was made possible by coming to Alphapointe.