“We’ve Come a Long Way, Baby” isn’t only one of the most famous songs from country music’s most decorated female singer, Loretta Lynn.

The phrase aptly and succinctly describes the journey of Alphapointe.

Today, Alphapointe marked the 20th anniversary of the organization’s completion of its Life Skills Campus at 75th St. and Prospect Ave. in Kansas City with a gathering of more than 100 dignitaries, officials and supporters, including Mayor Quinton Lucas, who worked together to establish the facility – one of the nation’s most comprehensive complexes focused on serving people who are blind. Since the facility opened its doors in November 2002, Alphapointe has served tens of thousands of people of all ages with vision loss from around the world.

“Words cannot fully describe the meaning and importance of the establishment of Alphapointe’s Life Skills Campus, said Alphapointe President and CEO Reinhard Mabry. “Because of Alphapointe’s leadership and foresight more than 20 years ago, thousands upon thousands of people have received life-changing services that empowered them to realize their goals and aspirations.”

At the outset of the millennium, Alphapointe was approaching its centennial. In 1911, 30 blind advocates gathered to form the Association of Workers for the Blind of Greater Kansas City – the precursor to Alphapointe. The organization prospered during its initial 90 years as one of the leading providers of employment for people with vision loss in the nation.

Among scores of noteworthy achievements, Alphapointe employed blinded veterans in the aftermath of World War I, defied racial segregation in the early stages of World War II, received a commendation from the government for excellence in war production during WWII and earned praise from legendary activist Helen Keller with a special service award for the organization’s efforts during the Korean War along with a host of other accomplishments.

Still, in 2000, the organization recognized that it could provide essential services beyond its existing capabilities. At the time, Alphapointe primarily served people with vision loss through two platforms: employment and assistance for seniors with low vision. Given that thousands of people in Kansas City alone were legally blind, the opportunity to dramatically expand services existed. A fundraising campaign to establish a new campus launched and was met with overwhelming success.

The new facility allowed Alphapointe to gradually grow its services and the scope of its role in serving people with vision loss. Prior to the new facility, Alphapointe employed 119 individuals with vision loss. Today, the number has nearly doubled to 200. In 2002, Alphapointe team members with low vision accounted for 134,000 hours of labor. Today, that number has nearly doubled to 250,000. In 2000, Alphapointe served 318 people with low vision – all seniors. In 2022, Alphapointe provided life-changing services to 3,771 people of all ages – from toddlers to individuals celebrating their 100th birthday.

Alphapointe also established new divisions, including Accessibility Compliance, Contact Center, Contract Management, Guarded Exchange, Tactical-Medical and more. Through the Tactical-Medical division, Alphapointe has expanded on the life-altering services it provides – now, the organization is literally saving lives of military personnel around the world through products such as its Tactical Mechanical Tourniquet.

“The magnitude of what Alphapointe has achieved in the past 20 years is absolutely staggering,” Mabry said. “Alphapointe has grown from a local service provider to an organization that serves people from around the world. We’re now one of the largest employers of people who are blind in the nation and one of the largest providers of essential services for people with low vision in the country. To achieve these accomplishments in 20 years is an incredible testament to the hard work and dedication of our team members, our board, our elected officials and our supporters.” 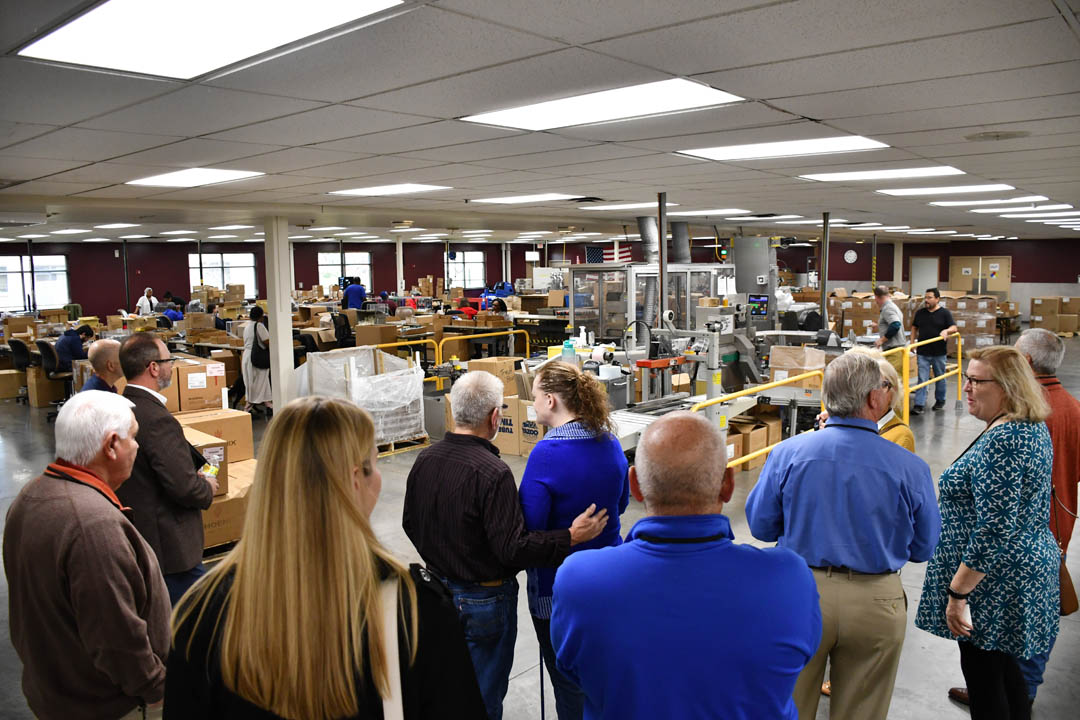 Alphapointe By the Numbers